As time under the stay at home order has marched on, our brewery has slowed down quite a bit. With no draft sales and somewhat limited distribution of most of our package, the amount of beer going out the door each week just isn't what it has been historically this time of year.

So what have we been doing in our brewery? Well, you might be picking up on a theme here, but we're not ones to just sit around, so while sales of our core beers have flagged, we've taken the opportunity to play around with some new recipes and branding ideas.

Okay, okay, I'm cheating a little on this one. We technically started planning this beer prior to quarantine, but it released yesterday in the Carson pub to a very large (safely 6ft spaced apart) crowd and was a huge hit, so I have to throw it in here. We brewed this one with Nelson Sauvin (get it? Nelson?) and Southern Cross hops, which turned out amazing. Here's the label, which I definitely think contributed to the excitement that brought so many folks out for the release: 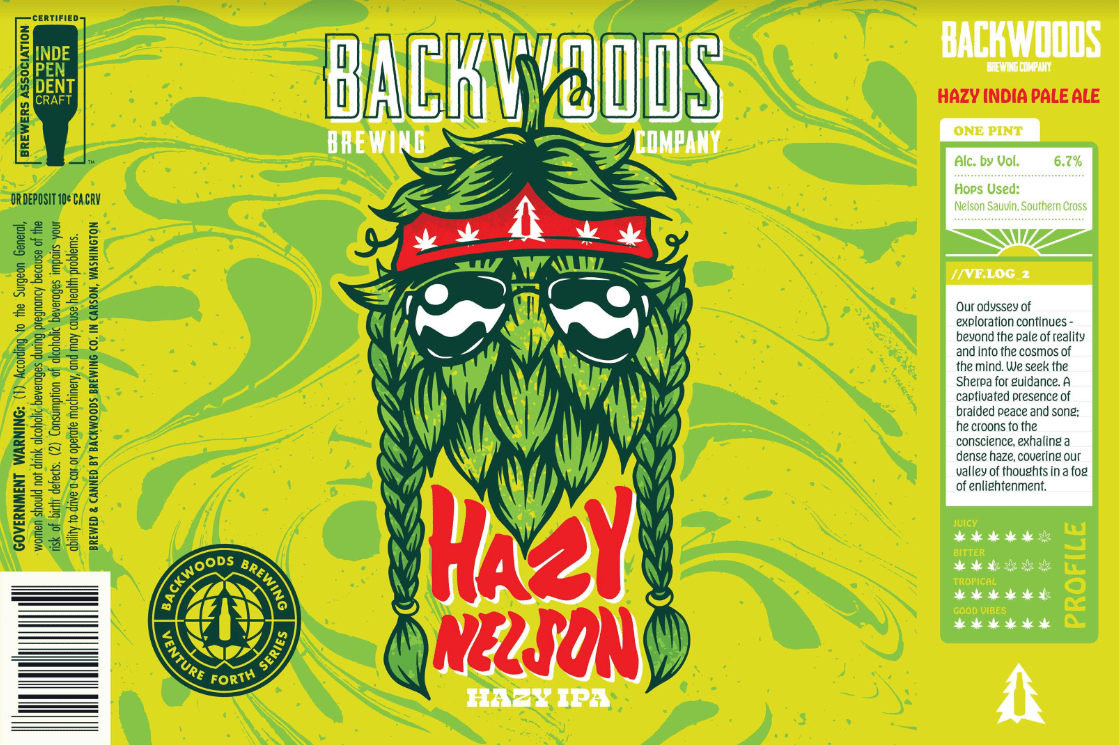 (Behind the scenes note: this was actually the label we originally submitted to the TTB, which got shut down HARD. Strangely, the federal government doesn't really like a bunch of pot leaves and the thought of "exhaling" a federally illegal substance on your beer label. Who knew? So we replaced the leaves with our logo and changed around some of the wording and it was accepted on the same day!)

One thing that did come from within the quarantine timeframe for this beer that we thought was pretty funny was a little April Fool's joke we tried to play on our social media following. They saw right through it. We chuckled to ourselves anyway. 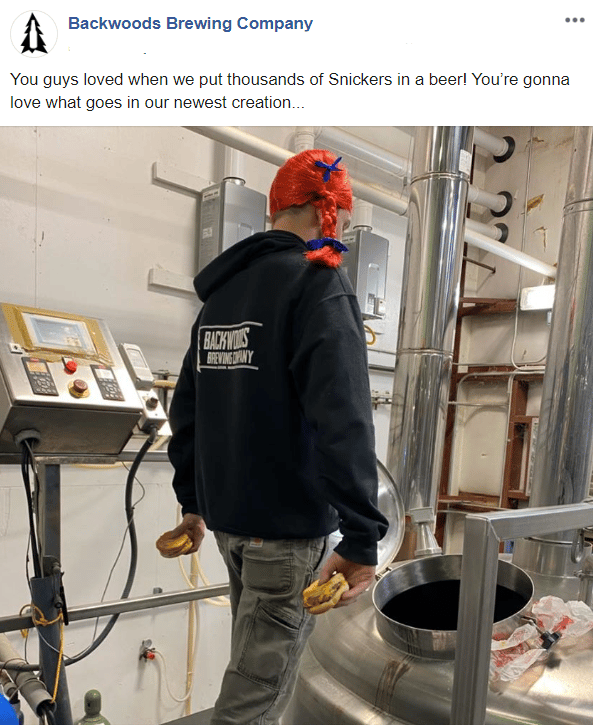 (Get it? Because Willie Nelson has red braids and so does Wendy? Whatever. I thought it was funny.)

Anyhow, the next day we announced Hazy Nelson and people were pretty excited. And then we made a sticker with that Hoppy Nelson character from the can label on it, and that might have been the tipping point that brought so many people out.

Drink at Home, Save Lives:

This beer was actually a brew that was destined for an event that was supposed to be happening right about now (Sssssshhhhhhh, sometimes we re-purpose things! Industry secret!), but when it was cancelled we had a beer in the tank with nowhere to put it. Until......... 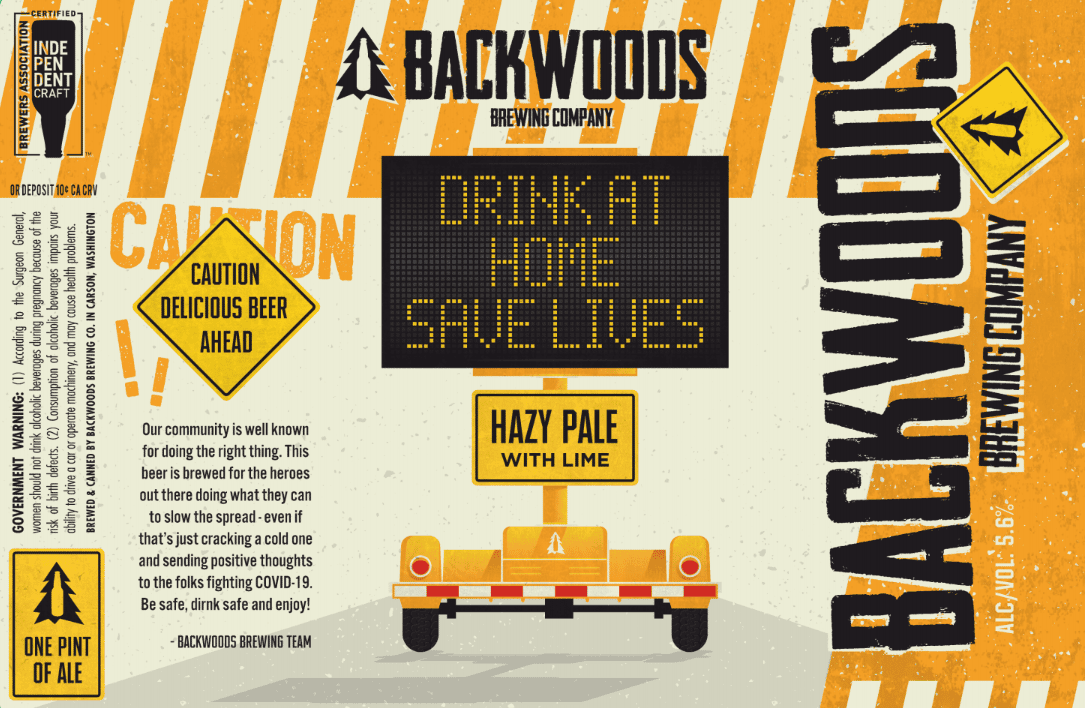 We frigging LOVE this label. Inspired by the signs we've all seen on the highways these days, we wanted to have a beer that was a nod to the pandemic, while also showing a little love to the folks out there who are fighting on the front lines (see the description). This beer was brewed with Lemon Drop and Southern Cross hops, and has just a hint of lime to it as well.

Since (based on the numbers I'm seeing) the readers of this blog are the real devotees (read: there aren't a ton of you), the plan for this beer is to do a one day only "release party at your house" where we drive the beer to you as long as you've preordered and live in Skamania or Clark counties. Stay tuned for that announcement soon, as the labels just showed up as I was writing this and the beer is ready to go...

Look for the Helpers:

Alright, fine, I'm cheating again. This beer isn't even technically ours, but we're so proud of what the North Bank Brewers Alliance is doing that I had to include it here. Plus, they did give us the honor of brewing it and packaging it at our facility, so we definitely can't leave it out.

The North Bank (https://www.northbankbrewers.com/) brought up the idea of wanting to brew a beer that all of us alliance members sell with nearly all of the proceeds going to the food banks within our county. When they tapped us on the shoulder to brew it, we of course said yes. I'd love to say we were chosen because of our stellar brewing skills (which we definitely have, but oh man, so do the rest of those breweries, for sure), but I also heard that us having an in-house canning line had something to do with it. 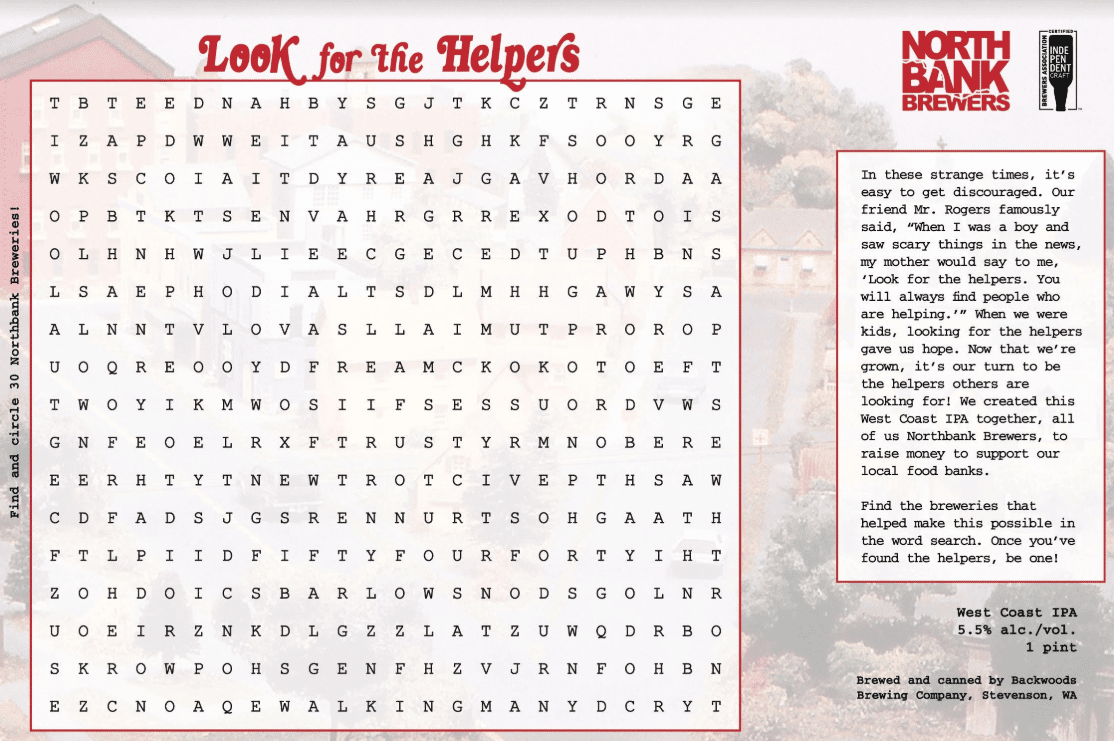 Inspired by the famous Mr. Rogers ('s mom) quote, Look for the Helpers is made with Citra, Mosaic, and Amarillo hops, and the planned release will be in 16oz cans at a brewery near you in the next week or two! Be on the lookout to buy some knowing that you'll be supporting our local food banks in the process!

Believe it or not, there are actually plenty more beers to mention, but this post is running long as is, and those are some pretty exciting ones. There have been a lot of lame parts of COVID-19, but admittedly, getting extra time to work on some of these fun project beers has definitely not been one of them.